As the SIPL sets up its wonder, it has gotten quite possibly that it was the best cricket event ever happened as it was held on 23 January from 8 a.m. to 6 p.m. at Ralamandal, Indore.

The platform witnessed a marked rise in traction during this SIPL season as the younger population began to assemble for providing their support for their favorite teams Swastika thunders, Swastika warriors, Swastika lions, Swastika bulls, Swastika panthers, Swastika challengers, Swastika super kings, and Swastika knight riders. The groups were required to show off their determination in one-day matches. Typically each group was given seven over's and the members show their aptitude in these restricted over matches. Now lets discover some intriguing details of IPL 2020.

The team that we needed to distinguish as the steadiest side in the Swastika premier league, would be the Swastika lions. The Mithilesh Pandey propelled side won the title while the Swastika challengers were the runner up, and were equipped till the end of the games and made it to the finals. Going with the mission, Mithilesh Pandey previously held the greater part of their crew as they had added Narendra Singh Sakawar and Ritika vaskein to their crew.

The cricket locales consistently highlight these stunning cricketers and their exceptional exhibitions.

Narendra Singh Sakhawar, who won the 'Man of the Match' grant in SIPL 2020 finished the season as Swastika lions most noteworthy batsman with his 30 runs coming off 6 balls vs. Swastika challengers. Swastika challengers Nikhil Godha had a telling impact with the ball in the SIPL. Sanjeev Verma was the second-most raised bowler in SIPL.

M/s.Ritika Vasein in the limited over match left an imprint by being the best woman of the match furthermore, she went on to bag the M.D. choice award. The top commentator of the match was Mr. Ajay. As the next season awaits, stay tuned and be refreshed on the most recent happenings of Swastika.

We celebrate the 50,000 mark hitting of Sensex

On the move from Good to Great 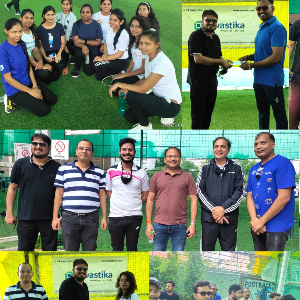